Latgalian is a Baltic ethnolect spoken in eastern Latvia in the region called Latgalia (Latgale in Latvian). It is considered either a dialect of Latvian with its own literary written tradition or a separate regional language. During the 2011 population census, ca. 165 thousand persons declared knowledge of Latgalian. Currently, the language is popular among young people living in the region, who also practice it when they settle in other parts of the country. Nevertheless, the number of speakers diminishes and Latgalian is an endangerd language. It has no status in Latvia and is not taught in schools.

Listen to a Latgalian folksong, accompanied on the traditional instrument called kūkle, played by Anna Briška (the singers are Anna Briška and Inga Stafecka): click here to listen.

If you wish to compare the sound of Latgalian with a similar text in another languages, listen to Evita Kozule reading the Aesop’s Fable “North Wind and the Sun” (the text is commonly used for describing phonological systems for various languages, many recordings can be found on-line). For a Latgalian version click here to listen.

For more Latgalian music (traditional and modern) check out this page: http://lakuga.lv/latgalisu-muzyka/ 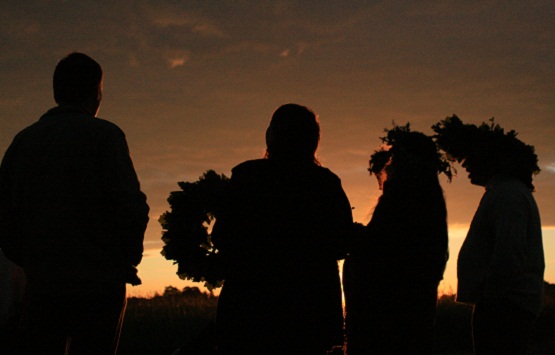